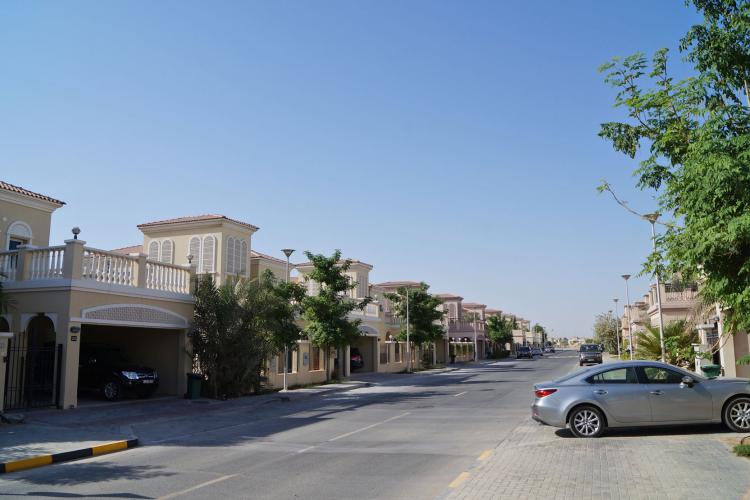 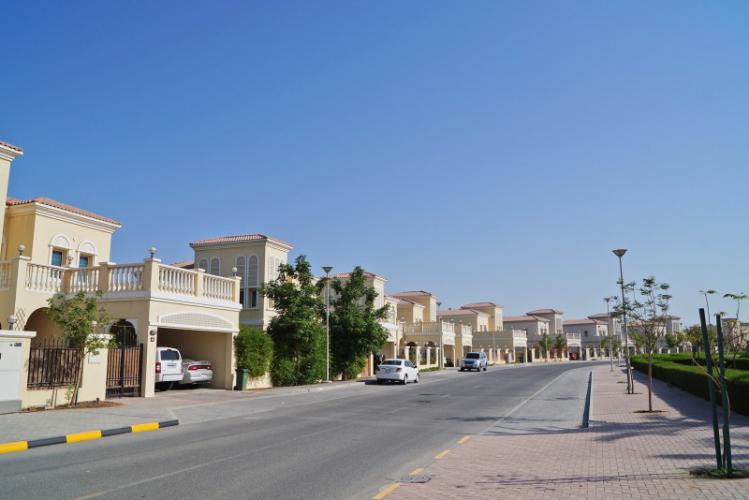 District 1B is one of the sub-communities of District 1, Jumeirah Village Triangle (JVT). It is a cluster of large villas located next to the community park. The sub-community is a part of freehold areas in Dubai and a project of master developers Nakheel Properties.

District 1B is a family-oriented neighbourhood where residents can enjoy the following amenities:

The community also offers easy access to basic amenities such as supermarkets, schools and clinics, and a secure environment.

PROPERTIES IN DISTRICT 1B

Properties in District 1B include villas that come in different configurations. These villas spread over an area of 2,692 sq. ft. to 4,400 sq. ft. featuring spacious living areas and bedrooms with en-suite bathrooms and built-in wardrobes. They also have a fitted kitchen, a private lawn, a balcony and a dedicated parking area.

RENTAL TRENDS IN DISTRICT 1B

The price range of villas for rent in District 1B is as follows:

Interested tenants will have to sign a tenancy agreement in which the payment method and other details are stated. Usually, the post-dated cheques are demanded by realtors/landlords for an annual lease. The number of cheques for paying the lease can vary from one to four or twelve in some cases. One must check the payment procedure before signing the tenancy contract.

SALE TRENDS IN DISTRICT 1B

One can buy villas in District 1B in the following price range:

The price range of a property depends largely upon the coverage area and the amenities offered.

TRANSPORTATION AND PARKING SPACES IN DISTRICT 1B

Each villa comes with a dedicated car parking area in District 1B. Residents can park up to two cars in the facility, while guests can avail the spaces on the street for parking.

PUBLIC TRANSPORTATION IN DISTRICT 1B

Driving to and from the neighbourhood through a private car is convenient as the area is bounded by the major road of the city. Sheikh Mohammed Bin Zayed Road and Al Khail Road are easily accessible through Tulip Street, running north of the community.

SUPERMARKETS NEAR DISTRICT 1B

Residents can shop daily usage items from these supermarkets near District 1B:

All these grocery stores are accessible in a 4 to 8-minute drive. Other supermarkets in the neighbouring communities include KP Mart Supermarket and Spinneys.

MOSQUES NEAR DISTRICT 1B

Muslim fellows can offer their daily prayers in mosques near District 1B. These include Samad Mosque, Nakheel Mosque and Jumma Mosque. It will take a 10 to 12-minute drive to reach these mosques.

OTHER PLACES OF WORSHIP NEAR DISTRICT 1B

Christian community members can visit churches near District 1B in a 10 to 15-minute drive. These include United Christian Church of Dubai, St. Francis of Assisi Church and Christ Church Jebel Ali. For those who follow Sikhism, Guru Nanak Darbar is located at a 10-minute drive in Jebel Ali.

SCHOOLS NEAR DISTRICT 1B

Nursery schools near the community are:

Schools near District 1B are:

Arcadia School follows the National Curriculum of England for Foundation Stage to Year 8 students. It is a private co-education school accessible in a 6-minute drive. Sunmarke School is one of the best schools in Dubai situated in District 5, JVT. Other schools near the community are Bright Riders School Dubai and Dubai British School.

CLINICS AND HOSPITALS NEAR DISTRICT 1B

Healthcare facilities near the community include:

Mediclinic Meadows is a premium healthcare facility offering services for dentistry, internal medicine, orthopaedics, dermatology and family medicine. The clinic near District 1B is accessible in a 13-minute drive. Other options include iCare Clinic Discovery Gardens and Karama Medical Centre.

District 1B is surrounded by popular villa communities and apartment buildings of District 1. These include:

Other sub-communities of District 1 such as District 1A and District 1C are also located close to the neighbourhood. Towards the west lies Jumeirah Park and Discovery Gardens while Jumeirah Village Circle is situated to the east. Other nearby areas include Dubai Production City and The Springs.

MALLS NEAR DISTRICT 1B

Shopping destinations near District 1B are:

Ibn Battuta Mall is one of the best shopping malls in Dubai located at a 12-minute drive from the community. It has six courts based on the travel of the famed explorer Ibn Battuta. The largest themed mall has retail outlets of popular fashion brands, dining options and entertainment facilities for every age group. Popular stores of the mall are:

RESTAURANTS NEAR DISTRICT 1B

There is no shortage of restaurants near District 1B for residents. Some of the popular ones are:

Residents can also head to nearby shopping malls where food courts have several dining options. These include:

Other dining options include Gazebo, Deccan Delight Restaurant and Tandoori Junction. All these dining options are located at a 10 to 15-minute drive.

BEACHES NEAR DISTRICT 1B

JBR Beach near District 1B is a popular picnic spot for families and individuals alike. Visitors can enjoy water sports activities such as parasailing, jet skiing and paddleboarding at the beach. It will take a 15-minute drive to reach JBR Beach. Other options include Al Sufouh Beach and Kite Beach.

A few notable landmarks near the community are:

Dubai Miracle Garden is a notable landmark of the emirate featuring 72,000 sq. m. space of more than 150 million flowers. Dubai Butterfly Garden is one of the popular attractions of the garden which is home to around 15,000 butterflies of 26 different kinds. The floral castle, floral display of Disney’s characters and a rendition of superjumbo aircraft are other features of the garden.

Jumeirah Golf Estates has two courses, the Earth and the Fire course offering challenging layouts for golfers. The golf courses are designed by Greg Norman and known for hosting DP World Tour Championship, Dubai. The golf course also has a wide range of membership offers to accommodate golfers as per their schedule. Other leisure facilities of the golf course include a fitness centre, swimming pool, tennis courts and dining facilities.

District 1 Park A in the community has lush landscaped gardens and dedicated play areas for children. Other parks near the community are:

Those looking for indoor fitness facilities can find plenty of gyms near District 1B such as:

Dungeon Gym & Fitness Studio has a weekly schedule of fitness classes conducted by professional trainers. These trainers use different workout methods to keep you healthy and active. The gym is located at a 5-minute drive from the community.

Ladies can head to Farah Askar Ladies Beauty Salon, East Elegance Beauty Salon and Blush Story Beauty Salon for beauty care treatments. All these salons near District 1B are located within an 8 to 10-minute drive. The One Salon is the nearest gent’s salon offering haircut, pedicure, manicure, waxing, and threading services.

The Open Park in JVT hosts different community events that involve kid-friendly activities, henna art, singing and dancing shows and much more. Residents looking for other options can head to neighbouring areas such as Barsha Heights and JVC.

District 1B is an ideal residential community for families looking for peaceful living. However, one should keep in mind that the community doesn’t have a bus or metro station at the moment. Those who are solely dependent on public transportation will have to drive 10 to 15-minutes to reach the nearest bus station. This makes District 1B a better option for those with private conveyance.

Are you looking to rent or buy property in District 1B?