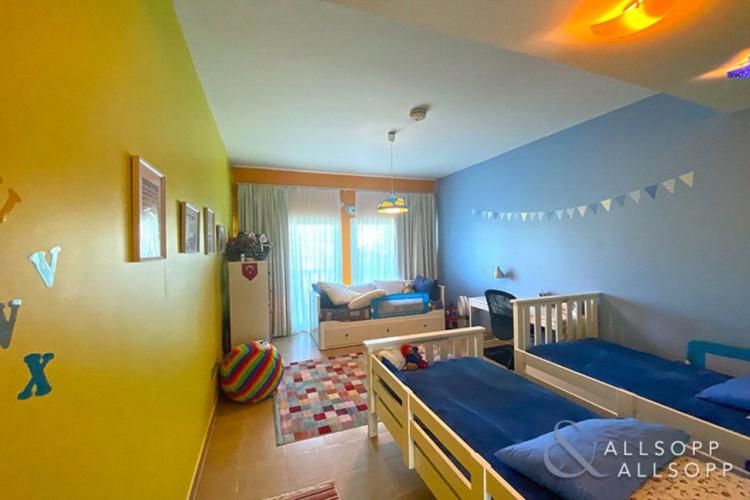 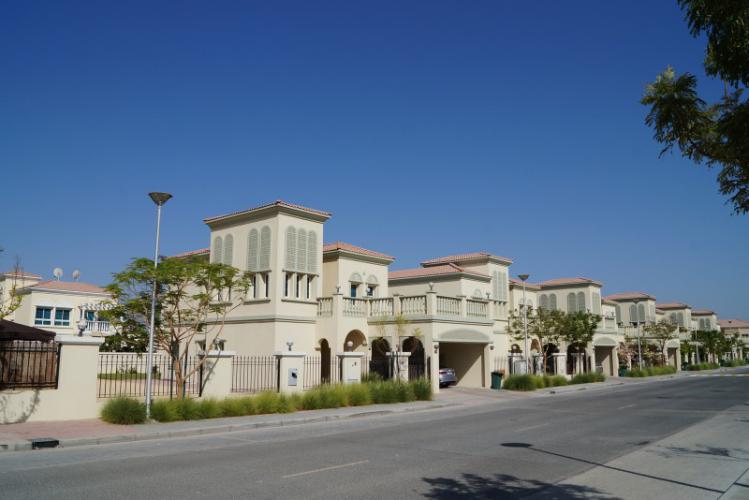 District 8Q is a residential cluster in Jumeirah Village Triangle. It is one of the many blocks of District 8 that is a part of the 9 sub-communities in JVT. These communities are mostly residential and subdivided into a series of clusters. District 8 Block Q is situated close to the JVT Pond, featuring a mix of villas and townhouses. The area is also located right next to a street connected to Orchid Street, making access on Al Khail Road (E44) and Sheikh Mohammed Bin Zayed Road (E311) relatively easier.

The highlights of District 8Q are:

District 8Q is part of a community where one can enjoy several shared facilities, including a pond park, several sports courts and green spaces. Moreover, high-end security is maintained in the area, which benefits every resident.

Properties in District 8Q consists of standalone villas that come with top-notch amenities and a modern interior. The villas stand tall and luxurious, featuring backyards and swimming pools, balconies and large airy hallways. There is also a maid’s room available in each villa for house help.

Residents will find covered parking spaces in the garage, available inside each villa.

If you rely on public transportation near District 8Q, you will find bus stops in the neighbouring communities. Dubai Production City Centrum tower bus station is the closest one, located 10 minutes away from the district. To reach the bus stop, however, you can hire a cab or book it online. Getting a metro from JVT is also easy, as Al Furjan Metro Station is 13 minutes away.

JVT has three supermarkets that are easily accessible from each residential cluster of the area. CherryGrocery LLC is the closest one from District 8Q, only 3 minutes away, while F Mart Supermarket and Danat Express are located on the western end of the community, taking 5 minutes to reach from District 8Q. A Spinneys is located in The Town Centre, 11 minutes away.

For the spiritual needs of Muslim residents, JVT has a grand community mosque that can accommodate more than 200 people. Other options are available in the neighbouring areas, such as Jumaa Mosque, Me’aisem Mosque, Samad Mosque and Masjid Wahid.

OTHER PLACES OF WORSHIP NEAR DISTRICT 8Q

Cassa De Oracion Torre Fuerte is the closest church for the Christian community, available in a 16-minute drive via Al Khail Road in the Al Barsha South community. Head north on the same road and you will find The Gatekeepers Weekday Warehouse in Al Quoz.

Since District 8Q is part of a family-oriented community, you will find many schooling options nearby. Some pre-primary options include:

Jumeirah International Nursery is part of the community itself, while all the aforementioned schools are available within a 10-minute driving radius. As for primary and secondary schools near District 8Q, one will find the following:

Schools in Al Mankhool include:

Arcadia School and Sunmarke School are both private and co-educational schools, part of the JVT community. Both these schools follow the National Curriculum of England. Arcadia school now has a branch that offers secondary education, where children from higher than Grade 7 can enrol. While the Sunmarke School accommodate students from the foundation stage to Grade 13th.

Higher education options nearby include Keystrokes University, Concordia University and the University of Balamand Dubai.

CLINICS AND HOSPITALS NEAR DISTRICT 8Q

Clinics and Hospitals near District 8Q include:

All these clinics and hospitals are available within a 10-minute of driving distance from JVT. NMC Royal Hospital is a multispecialty medical facility in the neighbouring district of Dubai Investments Park.

District 8Q is a sub-community of JVT, a centrally located community in Dubai surrounded by many well-established residential and commercial communities. Sharing its borders are:

The above-mentioned areas surround the larger community from all four directions, Jumeirah Village Circle (JVC) on its east, Dubai Production City on its west, Dubai Sports City towards the south and Emirates Hills covers the north.

The malls near District 8Q include

City Centre Me’aisem is an ultimate shopping, dining and entertainment venue, where you will find popular shops like:

Besides the high-street fashion outlets, there are several beauty stores in the mall, including Bath and Body Works, The Body Shop and Good Health Nutrition. You will find a Carrefour hypermarket, wellness and medical pharmacies and numerous dining options out of which Baskin Robbins, Gazebo, Acai spot and Patchi are just a few.

The Springs Souk, also known as The Town Centre in the Springs community, is a traditional mall with local brands, a Spinney’s supermarket and a Reel cinema, with a special area for kids called Reel Junior. Springs Souk is best known for its multiple dining options, where Crave shack and Han Cuisine are among the top 10 Spring Souk Restaurants.

There are several restaurants located in the neighbourhood, some of these are:

If you are planning a beach day out, you will find that the most popular beaches in Dubai would only require approximately 20 minutes from the locality, which include Kite Beach, Marina Beach and Jumeirah Public Beach. Get yourself swarmed by a range of beachside activities and non-stop fun. The sandy sports include volleyball matches and the watersports available here include paragliding, parasailing, kayaking and boat rides.

The leisure destinations nearby include the most visited Dubai Miracle Garden, 12 minutes away from the area. For sports lovers in JVT District 8Q, Dubai Sports City is in proximity, where there is Dubai International Stadium at a 9-minute distance.

Places for outdoor activities in the community include:

Residents can enjoy several outdoor activities in the community as several parks with large green spaces, play area for children and walking tracks are part of JVT. Moreover, there are several sports courts where older children can bid their time playing basketball and tennis.

Gyms near District 8Q are:

For personal grooming, some spas and salons are available nearby, such as Farah Askar Ladies Beauty Salon, The Dollie Sisters, Gladys Beauty Saloon, NStyle Beauty Lounge and Chi Nail Spa. The One Gents Salon is exclusively for men in the area.

District 8Q is part of a popular locale in Dubai. The area is far from the traffic and hustles of a metropolitan humdrum and exhibits an air of tranquillity and calmness. However, the properties for sale in District 8Q are already bagged. To get a property here, you can contact a real estate agent that handles the property listings of the area so that they can keep you up to date with the latest deals.