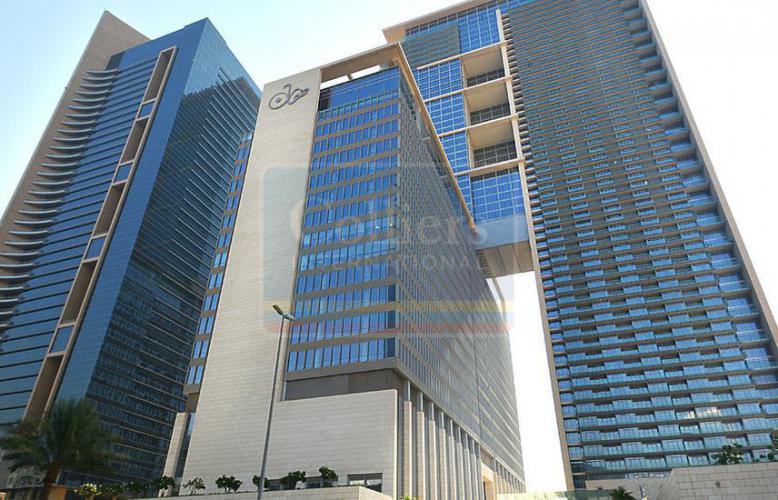 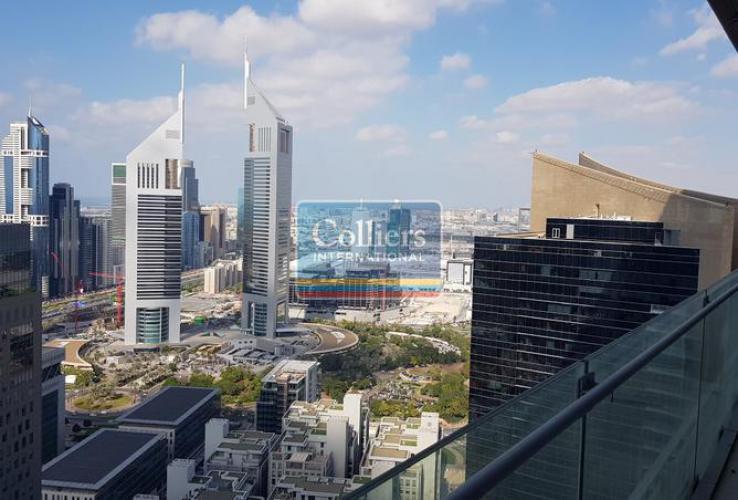 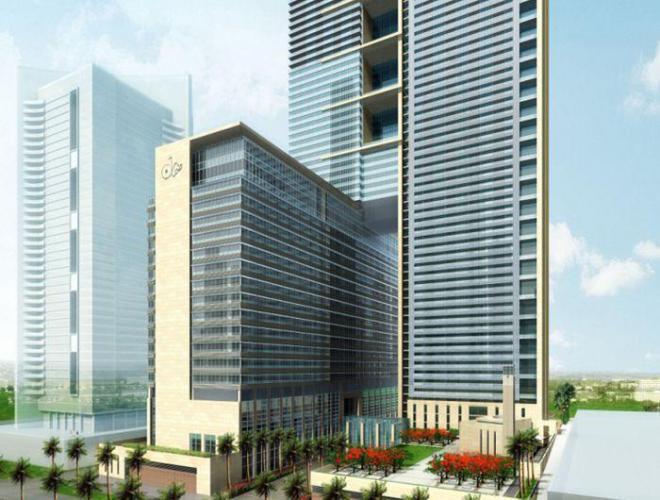 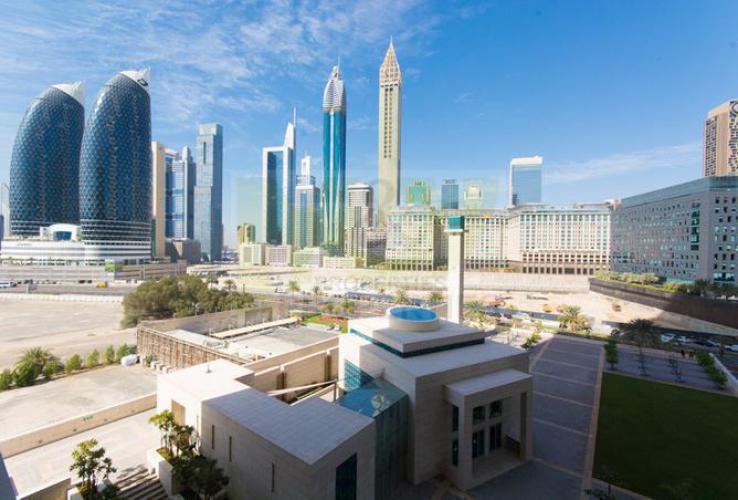 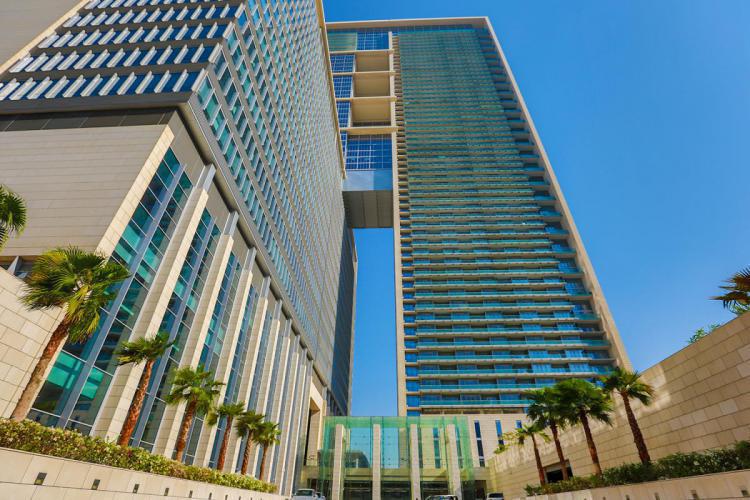 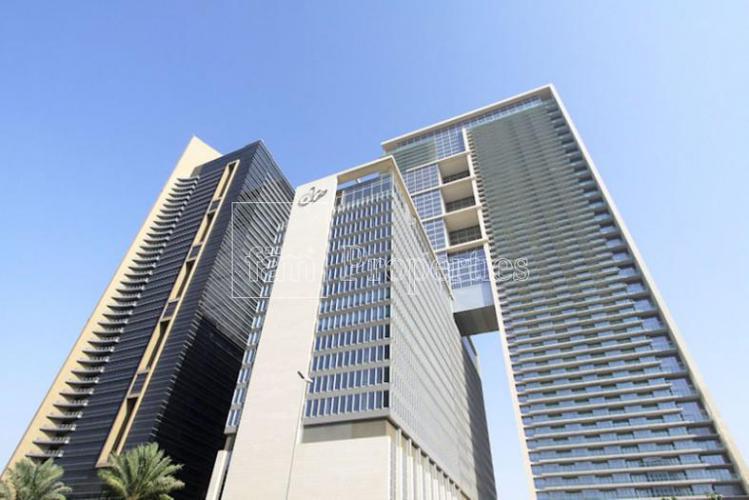 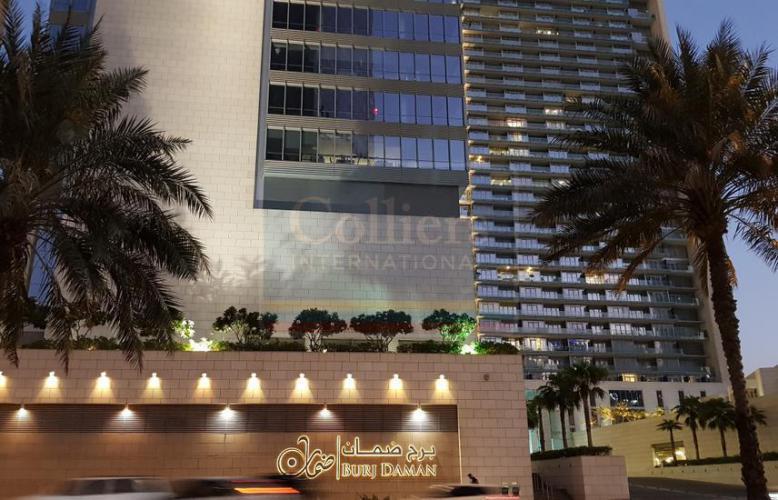 Burj Daman has 2360 parking spaces and an automatic vehicle stacking system that is capable of holding 876 cars. The building is easily accessible from the famous Sheikh Zayed Road and Al Khail Road. It is also in proximity to The Dubai Mall, Burj Khalifa and Downtown Dubai.

Underground parking in Burj Daman is available. The intelligent robotic parking also delivers cars at designated areas. There is an automatic vehicle stacking system installed in the building that stacks cars.

High-speed elevators in Burj Daman are there for providing easy access to all floors.

The building is centrally air-conditioned and centrally heated. A full-time maintenance staff is present day and night. The central air-conditioning services are provided by DEWA.

BBQ area in the building can be utilised by guests as an event space where they can organise any events or small gatherings.

There is a swimming pool that offers amazing views of the iconic Burj Khalifa and Zabeel Palace. There is a well-equipped gymnasium in Burj Daman along with a squash court. There is a fitness area plus landscaped gardens where residents can take a walk.

The commercial side of Burj Daman Building has restaurants and coffee shops where residents are offered a discount. Lifestyle amenities in the building also include a daycare facility, a health club, a spa and a mosque.

There is a well-furnished lobby that offers concierge services day and night. A reception and waiting room is also there where guests and visitors can be seated while they wait.

Offices for rent in Burj Daman are very popular since the building is located in a prime location and is easily accessible from the Al Khail Road and the Sheikh Zayed Road.

Offices in the building cover an area ranging from 953 sq. ft. to 43,238 sq. ft. with their rental price ranging from AED 285k per year to AED 7.7Mper year. Types of offices in the building include fully fitted offices and shell and core offices. These offices have glass partitioned rooms and floor to ceiling double glazed glass windows. There are pantries and washrooms in these offices.

There are shops for rent in Burj Daman also available and are located on the lower floors of the tower.

Apartment types in Burj Daman Building include 1, 2 and 3-bedroom apartments. All of these units feature a large living area, master bedroom with en-suite bathroom and have a fully fitted kitchen with high-end appliances.

1-bedroom units cover an area between 889 sq. ft. and 1,300 sq. ft. Each apartment consists of one master bedroom with an attached bathroom and a guest bathroom. There are built-in wardrobes and a kitchen that is fully equipped with white goods and appliances. A balcony that opens into both the living room and bedroom offers views of the beautiful Burj Khalifa.

2-bedroom units in Bur Daman cover an area between 1,596 sq. ft. and 1,798 sq. ft. Each unit consists of 2 bedrooms with built-in wardrobes and attached bathrooms. There is a guest bathroom near the living area. There is a kitchen with goods and appliances and a balcony that offers breathtaking views.

3-bedroom apartments cover an area between 2,053 sq. ft. and 2,153 sq. ft. Each apartment consists of 3 bedrooms with en-suite bathrooms and a guest bathroom. The apartment has a fully equipped kitchen and comes with a balcony that offers amazing views.

Based on searches conducted by users on PropertyDigger.com over the past 12 months

According to the searches on PropertyDigger, most popular apartment types are the 3-bedroom units, followed by 1-bedroom units, while the 2-bed units come on the last position.

Based on searches conducted by users on PropertyDigger.com over the past 12 months

1-bedroom units offer the highest ROI of 6.5% followed by 2-bedroom units with an ROI of 5.6% and finally the 3-bedroom apartments with 5.0% ROI.

A number of restaurants are located close to Burj Daman, Dubai. Some of them are:

Zuma is at a drive of 4 minutes away. The place is well known for serving authentic Japanese cuisine in the vicinity of the world's tallest building, Burj Khalifa. Their menu includes sushi, tempura prawns, maki roll, cocktails, chocolate fondant, sashimi and mushroom rice.

The Cheesecake Factory is at a drive of 8 minutes from the location. If you have a sweet tooth and are searching for the best and authentic cheesecakes then this American restaurant serves more than 50 signature cakes and has about 250 items in its menu. The Cheesecake Factory also features speciality dishes such as Chicken Madeira, the Cajun Jambalaya Pasta and Luau Salad.

Texas Roadhouse is 8 minutes away and offers hand-cut steaks, freshly baked bread, sides that are made from scratch and fall of the bone veal ribs that are full of juices.

P.F. Chang's is a well-known restaurant that serves the best American Chinese cuisine in Dubai. Located about 7 minutes from the location this place has a rich Chinese cuisine to offer.

Fine dining options nearby include the following:

Teatro is another fine dining option available, the restaurant is about 9 minutes away and is located in the Towers Rotana. Teatro opened its doors in 2011 and still remains one of the most acclaimed restaurants in Dubai. The restaurant features an open style kitchen where the chefs show their skills live to the customers.

Bice Mare, which is known to be one of the best restaurants in Dubai is located in Burj Khalifa and is at a drive of 10 minutes from the location. The restaurant offers Italian cuisine and seafood.

For more options when it comes to food, you can also take a look at some of the best restaurants in DIFC.

Supermarkets near Burj Daman, DIFC include:

Some important landmarks near Burj Daman include:

Zabeel Palace is 8 minutes away. This palace was actually the home of the former prime minister of Dubai, Shaikh Rashid. It is a historical place tourists are keen to visit. It was built in the 1960s and was used as a residence until the 90s.

Burj Khalifa is located around 9 minutes away from the tower. It is a world-famous skyscraper present in Dubai that was given the title of being the tallest building in the world in 2009. The skyscraper also features the Dubai Mall and the famous Dubai Fountain.

If you are planning to move to DIFC then one thing to consider is that the area is densely populated and it is also a business hub. People who prefer to live in a more quiet place might find it a little problematic.

Are you looking to buy or rent Properties in Burj Daman, DIFC?